Google’s answer to React Native, Flutter has been released in 2017 as an open source project aimed to help developers build cross-platform apps faster by using a single programming language. It has yet to achieve mass adoption, but mobile experts are saying it has a bright future.

Flutter is seeing huge growth rates and if that trend continues we will see more and more apps built in Flutter. For example, Alibaba used Flutter to create its iOS and Android app among others.

How to Get a Real Estate License in Texas 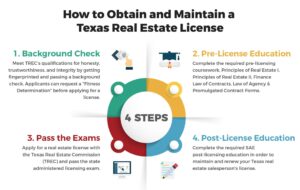 How to Get a Texas Real Estate License